In the heart of the city, imagine yourself wandering around and getting lost in the corridors and passageways of a 16th century building. You may glimpse the courtyard through your window, or a statue that seems be smiling at the thought of passing time. Memories of days gone by in an inn dating from the days of Tsars and Princes…

A little history about the Cour du Corbeau…

In 1528 “La Cour du Corbeau” housed a hotel that went by the name of “Zum Rappen”. However, it seems that there was already an inn or post house here even before that. The Cour du Corbeau is a rare example of an architectural ensemble built as a hotel from the outset. After operating as an inn for over three centuries, it only closed its doors in 1854. Over this long period, the “Zum Rappen” inn welcomed a number of famous travellers including the Duke of Bavaria in 1570, the Swedish general Gustav Horn in 1632 and Marshal Turenne in 1647, to name but a few. Through the different eras, certain visitors even left writings behind them, such as in 1664 the Duke of Chevreuse, accompanied by Balthasar de Monconys, who was dazzled by the beauty of the engraved copper buckets used to draw water from the wells and public fountains. Others preferred to stay at the inn incognito, such as the German Emperor Joseph II or the King of Prussia, Frederick the Great.

In 1852, not long before the hostelry closed down, a part of the buildings was occupied by glass makers “Ott Frères”, who preserved the magic of this place for almost 130 years.

In 1871, a braid maker named Seitz set up business in the Courtyard. One of his customers was the Shah of Iran. Certain parts of the Cour du Corbeau served as lodgings for his workers.

In 2007, the Herculean task of renovating the site began. It was to last two years. The new owners and architects strove to bring its history back to life and preserve its original cachet. They worked like archaeologists, restoring carved wood façades and balusters, even uncovering even the historic inscription of the establishment’s name carved into the wood. On 1 May 2009, the new “La Cour du Corbeau” hotel opened its doors and brought the site back to life, in keeping with its neighbourhood which was already reinventing itself by reviving its past glories. 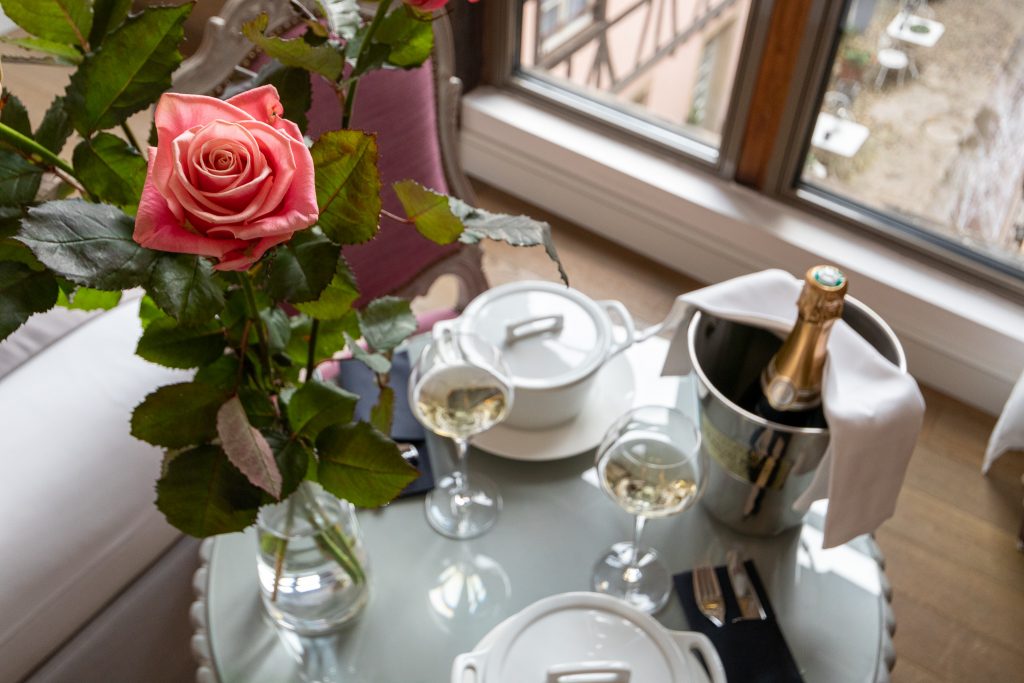